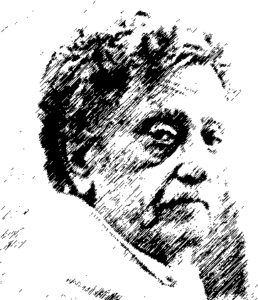 Sirens of Titan represented the total works of Vonnegut at number 87. It was his first novel, published in 1958. PBS describes this classic as “an outrageous romp through space, time, and morality. The richest, most depraved man on Earth, Malachi Constant, is offered a chance to take a space journey to distant worlds with a beautiful woman at his side. Of course there’s a catch to the invitation–and a prophetic vision about the purpose of human life that only Vonnegut has the courage to tell.”

I loved the story, however, the book that moved me most or dug in deepest was Slaughterhouse Five.

First off, Slaughterhouse was not the book I expected it to be. I stumbled on the title in 1972, studying the Institute of Children’s Literature correspondence course. Their list of suggested reading included Slaughterhouse. I was a bit repelled by the title, but fascinated by the Vonnegut name and his authorian legend. When I finally broke down and read it, I swallowed it whole.

As Vonnegut continued to churn out classic after classic over subsequent decades, I ingested them, too. I discovered he was born the same month and year, and fought in the same war as my dad—with quite different outcomes. Dad landed at Normandy and served in the 948 Ordinance Motor Vehicle Distributing Company, driving trucks, tanks, jeeps, and officers all around Paris, France; Brussels, Belgium; and London, England. After surviving the war, Dad went to work for IBM, got married, and manifested me and my three siblings. 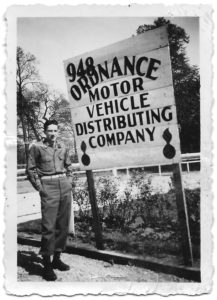 Mr. Vonnegut spent most of his time holed-up underground in a Dresden slaughterhouse meat locker beneath the Allied firestorm on February 13-14, 1945, laying to waste one of Germany’s most beautiful cities. His postwar catharsis led to the birth of one of America’s most novel novelists. Vonnegut is another vivid example of how writing can help surviving war veterans surmount the devastating effects of Post Traumatic Stress Disorder. 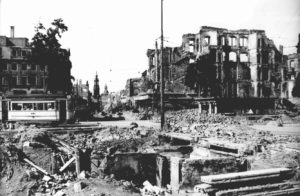 Some of Vonnegut’s observations about the possibility of reincarnation, life, and again, humans in general, have made their way into my as yet unpublished fiction as part of Space Larrabee’s backstory.

When attending New England College in New Hampshire, I took a Masters-level research class, amassing all the resources necessary to shine a light on the parallels between great spiritual awakenings in prerevolutionary American culture and that of the 1960s and 1970s. This inevitably led me to Vonnegut’s autobiography, Fates Worse than Death. He candidly spoke of his search for meaning in the universe, during which time he got initiated into TM. I was aghast at how nonchalantly he divulged his secret word.

I offer up a whole scene in my upcoming novel, Room with No Walls, where Space Larrabee’s mentor character in the book explains the cyclical nature of life and the universe. 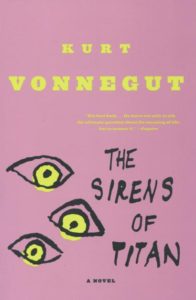